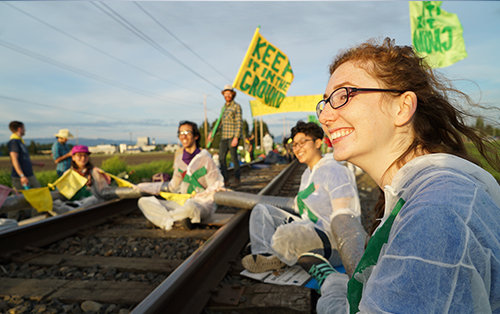 “Nonviolent direct action seeks to create such a crisis and foster such a tension that a community which has constantly refused to negotiate is forced to confront the issue. It seeks to so dramatize the issue that it can no longer be ignored.”— Rev. Dr. Martin Luther King

Nonviolent direct action (NVDA) and civil disobedience have long and rich histories. They’ve been essential tools in almost every major social movement: from women’s suffrage to the fight against nuclear proliferation, to the noncooperation of the Baltic states trying to free themselves from the yoke of Soviet Russia, to civil rights, and to the struggle for marriage equality.

The reason for this is simple: when deployed strategically, direct action and civil disobedience are powerful forces for change. Here are three reasons why:

1. Direct action shines a spotlight on an injustice, making it much harder for authorities to ignore.

As Martin Luther King Jr., wrote in his Letter from a Birmingham Jail: “We who engage in nonviolent direct action are not the creators of tension. We merely bring to the surface hidden tension that is already alive.” (In the case of the climate crisis, the hidden tension is the fact that the survival of a stable planet depends on our not going past 1.5°C of warming, yet despite widespread acknowledgement of this truth, we’re on track for over 3°C, with no existing political plans that address this disparity.) King maintained a belief in the effectiveness of direct action throughout the remainder of his life. “Where the spotlight illuminated the evil,” he wrote, when discussing the forces that brought the 1964 Voting Rights Act into existence, “a legislative remedy was soon obtained.”One reason of the reasons that direct action so powerfully illuminates an evil is that the action often is the message. With an effective direct action, the message is crystal clear–without needing explanation via press releases, banners or leaflets. This is because those who engage in it are doing what they wish to see happen: integrating lunch counter sit-ins, blockading a deportation van, stopping an oil train. In each of these examples the issue is illuminated in a stark manner, making the demands clear—integrate canteens, stop deporting immigrants, stop oil trains from running through downtown Seattle—and inviting the general public to imagine a future where these demands are met.

A “decision-dilemma” is a situation in which any action the authorities take makes them look bad, and serves the wishes of the movement.An often cited example is the lunch-counter sit-ins. If the authorities had failed to act, the students would have achieved their goal: they would have effectively desegregated the eateries by virtue of their protest alone. On the other hand, if the authorities chose to forcefully remove the protestors they risked creating a media spectacle that would help demolish the myth of a genteel South in which blacks and whites were each happy to remain separate.Another example of a dilemma action would be a grandma staging a sit-in in the office of a City Council member. Does the City Council member have the grandma arrested; or do they let her stay there all night? Whatever decision the Council takes runs the risk of damaging its reputation: if the grandma is arrested, they are seen as callous, and if they let her stay, they allow the issue to remain in the spotlight. 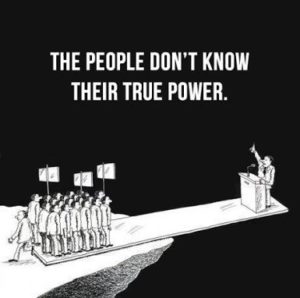 3. Direct action enables us to confront those in power by withdrawing our cooperation with unjust systems.

Rulers only have power if we cooperate with them, and by spreading non-cooperation we weaken that power. This theory of power was articulated by Gene Sharp: “The most important single quality of any government, without which it would not exist, must be the obedience and submission of its subjects. Obedience is at the heart of political power.”Sharp’s analysis of power, echoes that of Mahatma Gandhi: “government of the people is possible only so long as they consent either consciously or unconsciously to be governed.”This understanding of political power indicates another powerful dynamic that exists within direct action: when enough people refuse to cooperate the system falls. Our actions are modeling to others how to not cooperate, and thus can contribute to the weakening–and in extreme cases, such as the fall of dictators like Slobodan Milosevic in Serbia, the collapse– of unjust systems.

It is for these three reasons—and more—that we need to consider direct action as an effective tool in curtailing the climate crisis. Let us not forget that the climate crisis is exactly that: a crisis. Right now, millions are facing famine in Somalia; Arctic and Antarctic sea ice is at record lows; and an average of 150,000 people are dying every year as a direct result of human-caused climate change.

Now, more than ever, the world needs people who are brave enough to engage in bold action that will force our authorities to react. ‘Cause they sure as hell ain’t gonna do it by themselves.

To be alive now is a gift…. 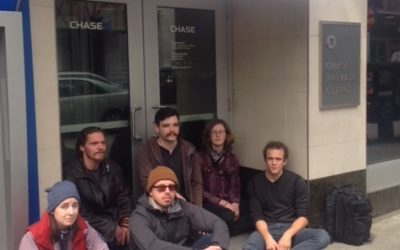 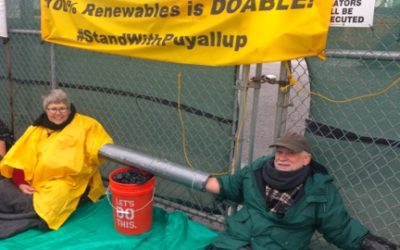 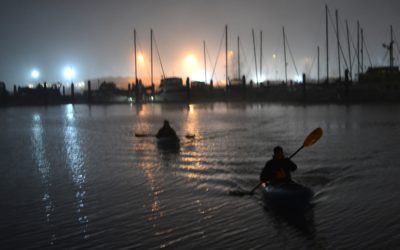