Because of the myriad threats to climate found in trade deals, 350 Seattle has been fighting against corporate trade policy since 2015, when we fought against the Trans Pacific Partnership. Due to widespread grassroots opposition, Congress never confirmed the deal. More recently we fought against Trump’s new NAFTA (now the USMCA) which, while it included some improvements to labor standards, failed to address climate concerns. Nonetheless, Congress approved the deal. Below, we explain in some detail the undemocratic aspects of modern trade agreements, present examples of climate-killing terms in trade deals, and address what policies we’ll be pushing for in the coming months. 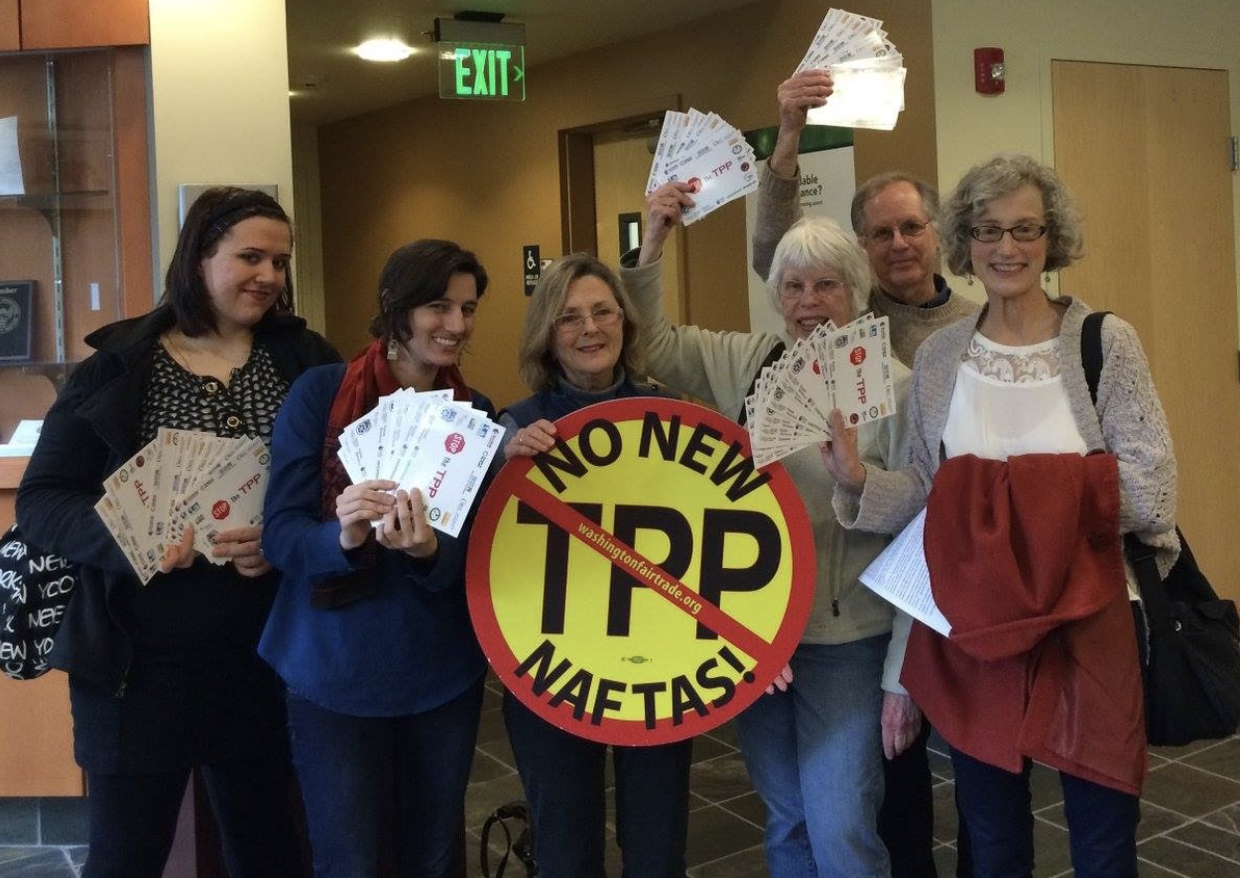 The making of a trade agreement: by and for corporations. Although Article I Section 8 of the US Constitution gives Congress the sole authority to regulate trade with foreign nations, in the Nixon era, Congress essentially handed that authority to the executive branch. For this reason, the current process for creating trade agreements starts with the US Trade Representative, who — with over 500 corporate advisors — negotiates deals with other countries. The focus is on corporate interests, not on the needs of people, workers or planet. It is only after an agreement is reached that Congress reviews the deal. And, due to a law informally known as Fast Track, Congress only has 90 days to review the deal and vote on it. No floor amendments are allowed and debate is limited.

ISDS — corporate rigged trade tribunals. One example of the horrendous, climate-killing, anti-democratic aspects of modern trade agreements is the Investor State Dispute Settlement system, or ISDS. Under ISDS, corporations whose country is part of a trade deal can challenge a law in any foreign country where the corporation is invested. Three corporate lawyers, as part of a trade tribunal, review the case and can order the country being sued to pay unlimited sums of money, including for the loss of “expected future profits.” The suing corporations only need to convince the tribunal that the law violates their special “trade” agreement rights; they don’t need to show that the law violates the laws of their own country, or the country they are suing. Moreover, the tribunal’s decision is not subject to appeal. And if a country does not pay, the corporation can seize a government’s assets — bank accounts, ships, airplanes — to extract the compensation ordered.

Over the last decades, under a variety of free trade agreements, corporations have used ISDS to attack a wide variety of laws including policies relating to the climate, mining, energy, pollution, water and toxins. The number of ISDS cases has increased drastically since 1960: Between 1960 and 1990, only 50 cases were filed; whereas from 2011 to 2015, corporations filed at least 50 cases per year.

What is particularly striking about these cases is their chilling effect: often governments will revoke the law at issue rather than submit to the lawsuit, in order to limit how much they will pay. For instance, when Ethyl Corporation sued Canada under NAFTA over Canada’s ban of a gasoline additive (a product banned under US law due to its neurotoxicity), Canada then lifted the ban and paid the Ethyl $13 million, while at the same time publishing a formal statement that the chemical was not hazardous.

Research also indicates that in Canada, and possibly elsewhere, officials review proposed legislation with the possibility of an ISDS lawsuit in mind, in some cases rejecting a law that would be in the Canadian public interest.

The “Good Regulatory Chapter” — yet another pro-corporate coup

The recently enacted United States Mexico Canada Trade Agreement (USMCA) includes a euphemistically named “Good Regulatory Chapter” — a chapter never included in prior US trade deals. The chapter offers corporations a new way — beyond ISDS — to challenge, delay, and weaken new environmental regulations. In fact, the chapter allows corporations the ability to challenge proposed regulations even before they are finalized. As a result, these rules could make it harder to reverse Trump’s environmental rollbacks. 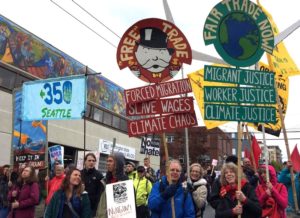 The Plastics Industry  — using trade deals to save itself

Due to the work of climate activists, big oil knows it’s in trouble. To save itself, it is seeking to include terms in a proposed trade agreement with Kenya, to force Kenya to reverse its strict limits on plastics and to press Kenya into continuing to import foreign plastic waste, even though Kenya has plans to limit such imports. Learn more here. Similarly, the plastics industry is using the “Good Regulatory Chapter,” mentioned above, to challenge proposed regulations banning many single-use plastics by 2021.