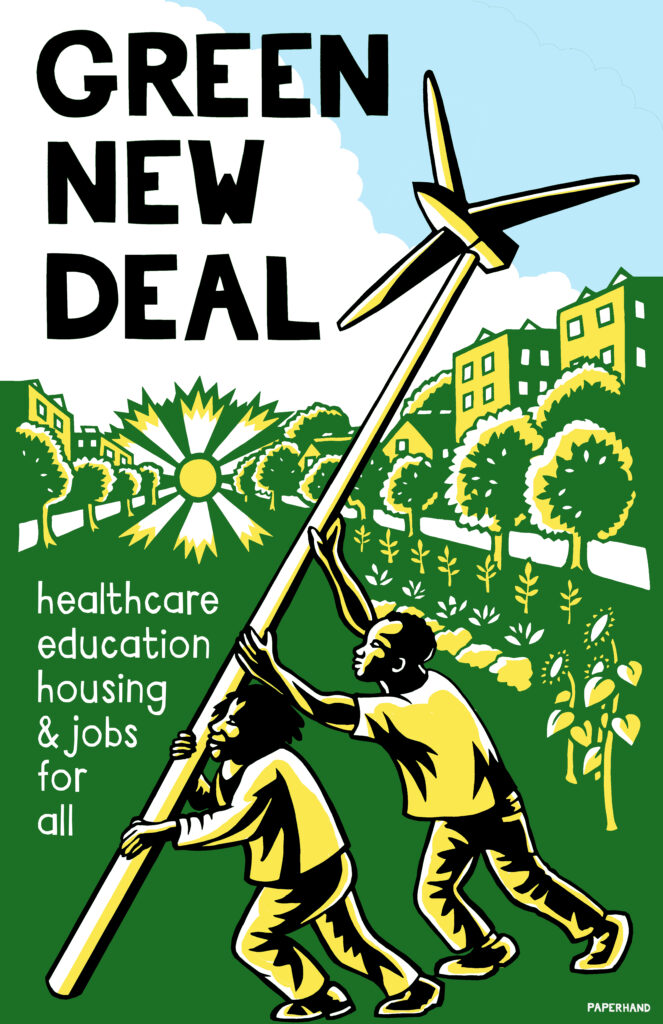 Seattle’s Green New Deal calls for eliminating our City’s climate pollution by 2030, while creating thousands of good jobs and healthy, climate-resilient neighborhoods for all.

To get there, we need transformative investments at the scale of the crisis in climate justice solutions:

This spring, we’re reading A Planet to Win — an excellent short read for thinking about what a Green New Deal could look like and what it’s going to take to win one.

Read the book or tune into the podcast, then show up to one of our book group events! In-person gatherings with food, social time, an intro to 350 Seattle’s Green New Deal organizing and lots of time for discussion in small groups.

Free and reduced copies of the book available. And the podcast is already free!

Our Solar Schools campaign mobilized over 500 Seattle Public Schools students and community members to demand Seattle Public Schools fund their climate promises. Working with the local educators (SEA) and electricians (IBEW 46) unions, we won $18M for clean energy projects like rooftop solar in the 2022 school levy. We then teamed up with SEA, the Seattle Building Trades and MLK Labor Council to get out the vote & pass the levy at the ballot in Feb 2022. 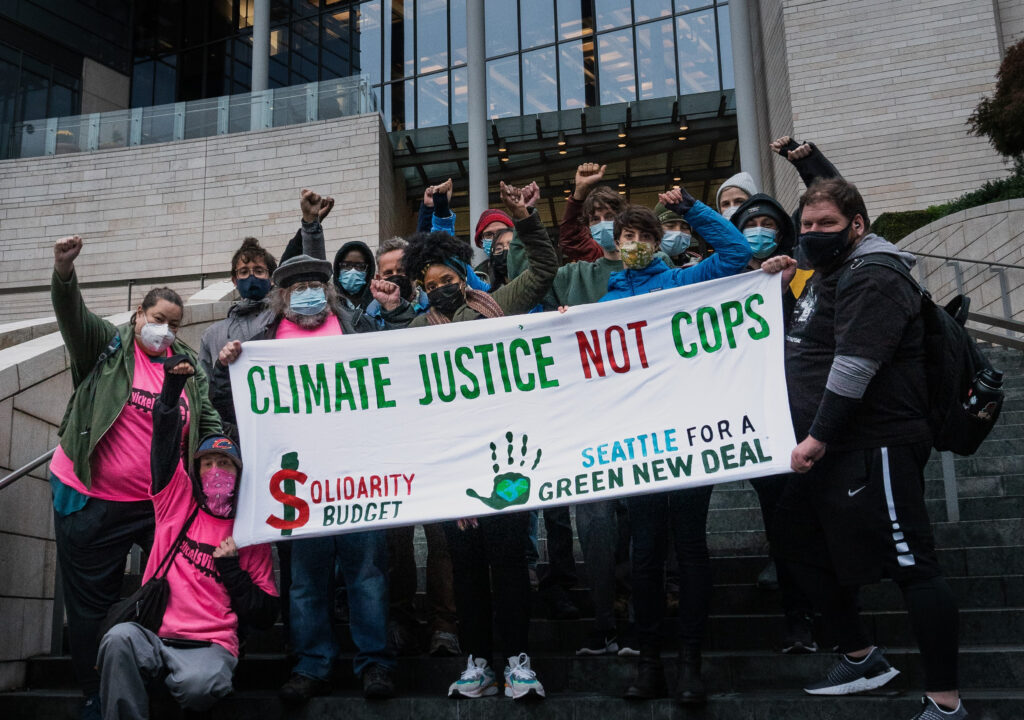 As part of the Solidarity Budget coalition, we helped organize thousands of Seattle residents and over 200 community groups to support an anti-racist city budget. While Seattle still spends $26 on cops for every $1 on climate, we’re making progress: in 2021, Seattle was the only major US city to divest from police & reinvest in community for the second year in a row. These community investments included some big wins for climate justice:

In 2022, we also celebrated the activation of Green New Deal policies delayed by the pandemic: the first round of JumpStart Seattle investments ($14M for Green New Deal programs) and the launch of the Green New Deal Community Oversight Board.

In June 2019 and following the wave of Sunrise Movement youth-led action for a national Green New Deal, 350 Seattle and Got Green (an environmental justice organization based in Seattle’s South End) teamed up to launch a campaign for a local Green New Deal.

Together, we mobilized over 10,000 people in the first 3 months of the campaign: we held community events; canvassed dozens of Seattle neighborhoods and organized a game-changing candidate forum (7 of 9 City Council seats were up that year!). And as all that organizing was underway, 350 Seattle and Got Green worked with a broad coalition of environmental justice groups and City Council champions to create Seattle’s Green New Deal resolution.This coalition included Got Green, Puget Sound Sage, Mazaska Talks, Chinese Information Services, Duwamish River Community Coalition, Transit Riders Union, Sierra Club and Emerald Cities Collaborative. Together, we passed this legislation committing the City to enacting Seattle’s Green New Deal and establishing the Green New Deal Community Oversight Board in fall 2019. 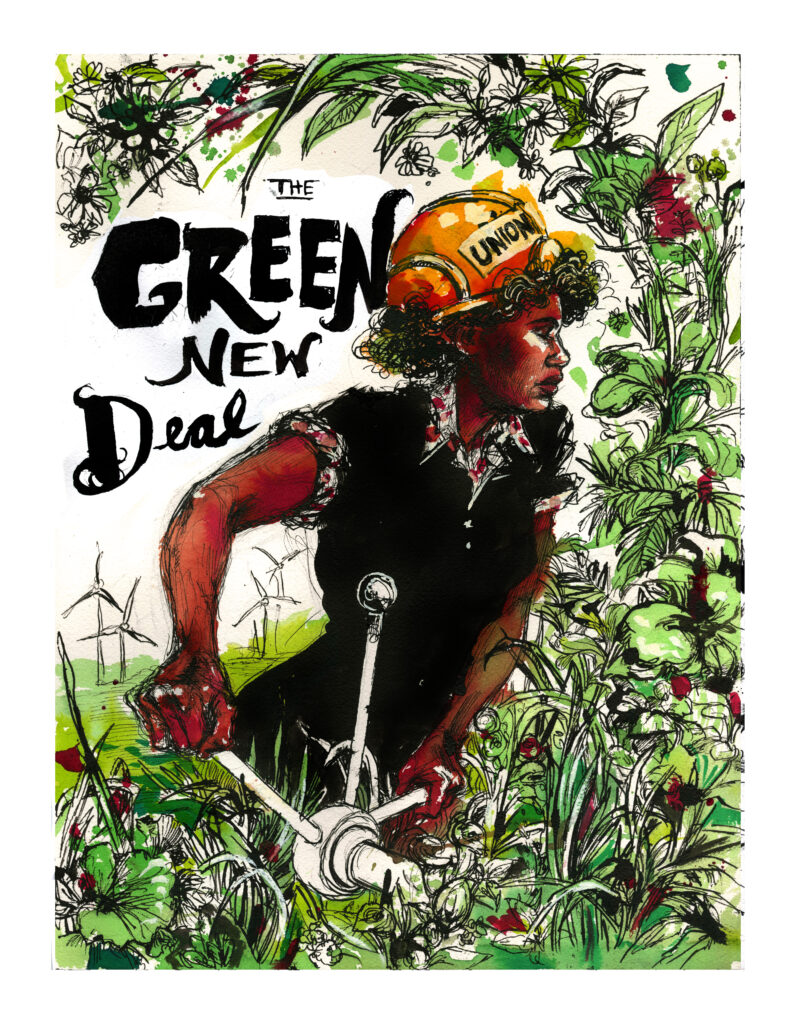