Are the sidewalks in your neighborhood getting crowded as folks get out for exercise or essential work and errands? Are you worried about maintaining a healthy social distance when you go out?

Cities around the world and across the US are making space for safe exercise and commuting by closing roads to cars. Mexico City, New York City, Boston, Chicago, and Philadelpia are all considering emergency bike networks, accelerated bicycle track build-outs, and closing streets to cars to allow more space for people. 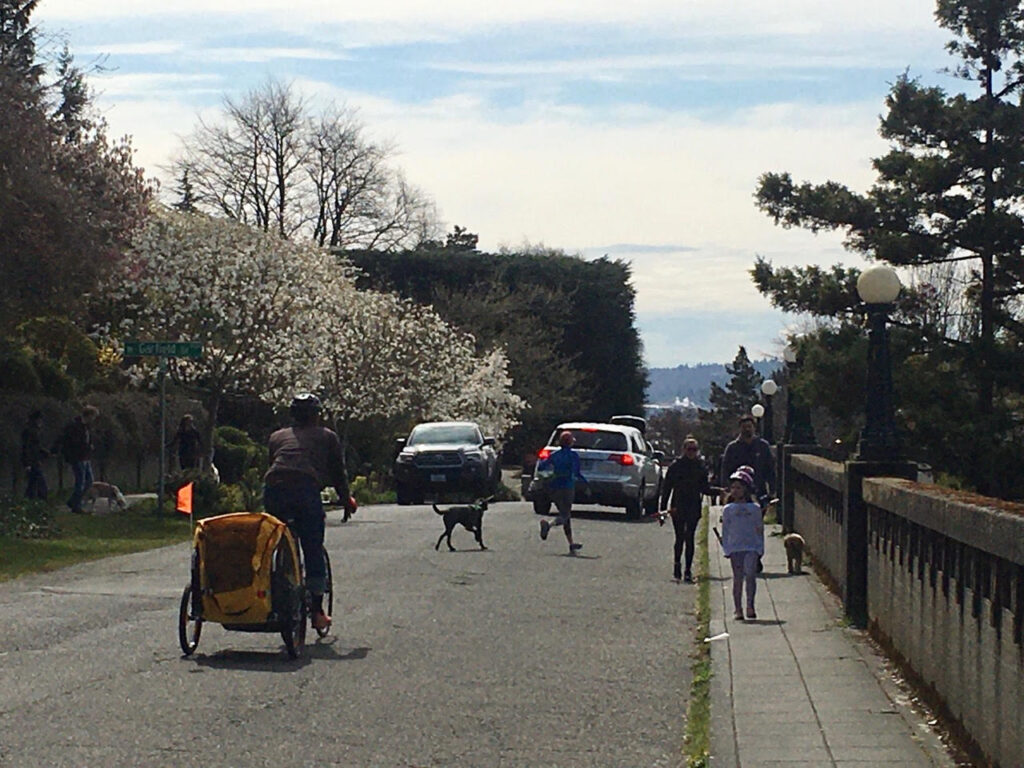 Here in Seattle, Mayor Durkan has responded to crowding by closing parks. We think there is another path: close all non-arterial streets to through traffic and create an emergency “pop-up” bicycle network for recreation and commutes for essential workers. Just last week, out of concern for crowding in parks, Oakland’s Mayor designated 74 miles of “Slow Streets” that are closed to through traffic. Seattle can do the same — we need more space, not less, for people to be outside in healthy ways.

Call on City leaders to prioritize people walking, rolling, and biking on Seattle’s streets, so we can all get outside safely!

We hope to see you at a distance soon!