Q&A with Dr. Cleo Woelfle-Erskine: Collaborating with the Duwamish Tribe and Community Groups on River Restoration 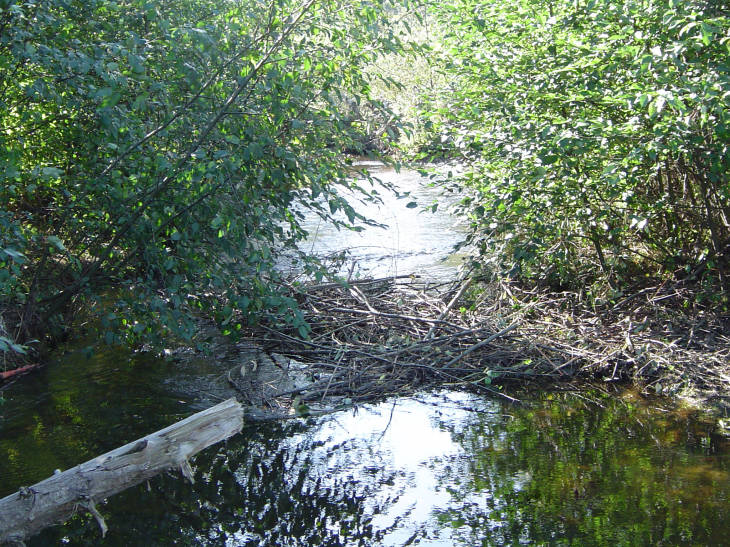 Cleo Woelfle-Erskine is an Assistant Professor at University of Washington’s School of Marine & Environmental Affairs. We talked by phone to discuss Cleo’s work with community stakeholders in the Duwamish River restoration project, the ways Seattleites can help, the wonder of beavers, and the cuteness of coho salmon.

Q: What are you working on right now?

A: This project is in Seattle with the Duwamish tribe, on the Duwamish River. They have worked with a lot of different organizations on superfund remediation and river restoration. A few other UW faculty and I are working to coordinate all that different research to be responsive to the needs and goals of the tribe and their partners on the river.

We have this grant from UW to convene a research coordination network, and we’re assessing one of these very small tributaries in the lower Duwamish River. It actually flows into the river underneath the Duwamish Longhouse into the park, the last remnant band of the river that’s still not dredged into industrial channels. It’s a really important place, culturally and historically.

We’re building off the tribe’s work to design a trails network connecting the Longhouse to a few schools and communities in West Seattle. People who visit these urban ecosystems–who live in the neighborhood, go for walks there, and go fishing, take the kids–often have a lot of knowledge of those places. They’re noticing patterns of rainfall, streamflow, flowers, things like that. This kind of local knowledge can be complementary to scientific knowledge or Indigenous knowledge.

Q: Does this creek have a name?

A: It’s called Puget Creek. It’s one of several really small ones. They might be totally dry, or they might be just trickles of water. But during a rainstorm, they might be raging waterfalls. All the water from people’s driveways and streets in West Seattle funnels into the storm drains and empties out into this creek. We’re going to be monitoring for E. coli and for different contaminants that might be harming the river.

There’s lot of cement kiln dust, which is the byproduct of burning limestone to make cement. There are deposits throughout the watershed at Puget Creek, and all along the west side of the Duwamish. It’s hazardous for people to touch. One project that we’re spearheading is a study of how much kiln dust is there.

There probably are quite a lot of species that are living there. What could we do along the trail? Would it be signs? Or would it be observation kits with magnifying glasses so you could look for bugs? Or a logbook to write down the different birds that you saw? What are the different things that could be incorporated into the trail that would get different people’s connection to that place, to its ecology and cultural significance?

Q: How did this project get started?

A: In this particular project, it was Russell Beard. He’s a tribal member and longtime scientist at NOAA, the National Oceanic and Atmospheric Administration. I’ve been really interested in the Duwamish River because I did a lot of work in San Francisco Bay, in similar superfund sites that are located in low-income communities of color, working with community groups to clean up those places.

The idea is to scale it up from Puget Creek to the whole lower Duwamish River corridor. Taking direction from the tribe and community groups, we’ll come up with a comprehensive plan for ongoing restoration and community science, and for community members to communicate what the river means to them.

The Duwamish River is not far from Georgetown. There’s a lot of gentrification, and a transition away from industrial jobs. People living in those neighborhoods are saying, “Look, we think that there’s a way to have industrial activity that’s not so toxic.” They’re talking about clean energy or other clean industries that coexist with the river, help to repair some of the harm that’s been done in the past.

Q: Does this tie in with redlining?

Exactly. Redlining led to industrial areas being sited in this area.  These factors mean fewer parks and green spaces and more air pollution from highways, as well as from all the industries along the river.

Q: Typically, we think of cities as something set apart from nature.  Are there things that a non-scientist city-dweller can do to help the environment?

I really believe that if people really take responsibility for being stewards of fish and shellfish, plants and rivers, that practice of stewardship then puts us into a different kind of relation [with the environment]. People come to care differently and are willing to devote their time and thought to changing those relationships. You can volunteer for creek cleanup or do some coastal monitoring. Certainly the Duwamish tribe and the Duwamish River Cleanup Coalition do really, really important work. Then, a lot of political actions grow from that. We can take these actions that are very concrete and specific. It might seem like they’re not enough, and yet they also build new relationships with these places.

Q: Do you have a favorite flora or fauna that you’ve worked with in the Pacific Northwest?

I love all the salmon, but I work a lot with coho. They are just extremely cute when they’re young. They’re also very curious. When I’m counting fish, I usually am snorkeling in these very small streams, kind of crawling on my belly. You can tell them apart from steelhead because steelhead are scared and swim away really fast. But coho come right up into your snorkel mask.

Q: How about your work on the reintroduction of beavers?

Around here, the Tulalip tribe and a few other tribes are doing a ton of reintroduction work. My work is mostly in the Scott Valley in California, which is a tributary to the Klamath River. There’s a lot of conflict around salmon needing water in the stream and farmers diverting water for agriculture. In the Scott Valley, the beavers were the first thing that the tribes and the farmers and environmentalists had really agreed on for decades. This might be a way to recharge the groundwater and create the deep pools that young coho salmon need.

Q: You’ve talked a little bit about how people might have more porous boundaries between land and water.

I’ve been really interested in how beavers help people think about the land-water boundary as porous and permeable. A lot of the settler engineering around rivers was about controlling the flows and fixing a firm boundary between wet and dry land. Beavers mess with all that. They block culverts, and they flood roads, and they make water go back onto the floodplain. In the Scott Valley, people weren’t necessarily using the creeks, but they just have this habit of taking the backhoe down to the creek and removing the beaver dam.

I think that there are a lot of things like this, that kind of settler common sense that has become institutionalized in the way that we manage water. Yet it actually doesn’t work very well until we learn from Native people who have other practices with water or fire. Just learning from animals (like beavers) or plants can help us change our relationship to the world, and also get away from the idea that we as humans should try to control ecological processes.

This interview has been lightly edited for clarity and conciseness.