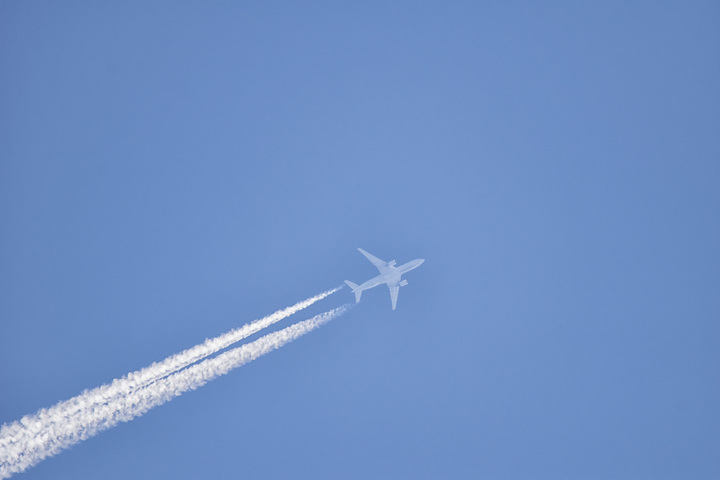 I am submitting these comments on behalf of 350 Seattle in response to the Aviation Baseline Study currently underway.[1] Founded in 2013, 350 Seattle is a grassroots group working for climate justice by organizing people to make deep system change: resisting fossil fuels; building momentum for healthy alternatives; and fostering resilient, just, and welcoming communities. We have a mailing list of over 13,000 people, the great majority of whom are in the Seattle metropolitan area. We’ve been a key leader in successful fights like the #ShellNo campaign against Arctic drilling, the campaign to defeat the (proposed) world’s largest oil-by-rail terminal in Vancouver, and the campaign against the Anacortes Shell oil-by-rail spur. With Got Green, we are co-leading the Seattle for a Green New Deal campaign.

We have very serious concerns regarding the Aviation Baseline Study, and three specific asks for you.

Without consideration of our climate, public health, or environmental justice, PSRC has positioned the Aviation Baseline Study as setting the stage for unconstrained aviation expansion.[2] This expansion is projected to consist of a doubling of flights in the next 15 years. [3] According to King County’s 2017 greenhouse gas emission inventory, emissions from Sea-Tac and King County International Airport, based on fuel used, totaled 7,168,000 MgCO2e, or roughly a quarter of the County’s emissions.[4] If we allow aviation to indeed double, increased emissions will far outweigh reductions achieved in other sectors.[5]

The science is clear: our climate cannot bear this. Instead of laying the groundwork for doubling emissions, we must spend the next decade cutting emissions in half to avoid the most catastrophic impacts of climate change.[6] Moreover, the very bases of the Study do not reflect PSRC’s own stated climate goals—which include protecting and restoring the natural environment and reducing greenhouse gas emissions—and conflict with the principles of PSRC’s Regional Transportation Plan, including “moving people and goods in ways that support a healthy environment.”[7]

The Study also fails to acknowledge that those harmed by aviation expansion are not those benefitting from expansion. Indeed, impacted communities have been fighting against increased air traffic. For example, residents of Seattle’s Beacon Hill neighborhood[8]—which sits directly below flight paths for two airports and is constantly bombarded by noise and pollution—have been tirelessly collecting noise data showing that noise levels over their schools and homes are constantly above acceptable levels set by the city and FAA.[9] Exposure to these levels of noise has serious health consequences, and negatively impacts student learning.[10] Impacted communities are also dealing with unknown levels of air pollution, including ultra-fine particulates.[11]

As the Board overseeing this Study, you must take responsibility for these shortcomings. We urge you to direct staff to fully consider aviation emissions in the study. How can you have a “clear picture”[15] of aviation activities without considering that these activities are inimical to our region doing its part for a stable climate? You must also ensure that PSRC’s other stated goals and policies are incorporated into the study instead of being at odds with them, including substantially reducing, not increasing, greenhouse gas emissions. In addition, if PSRC is to be the “honest broker of reliable and valid data and analysis”[16] that it touts itself as, it must be clear that the putative benefits of aviation expansion do not flow to those suffering from its direct negative consequences every day. Finally, PSRC must prioritize engaging impacted communities, particularly marginalized communities whose voices are often unsought or downed out—and this engagement should not just be lip service or box checking.

Specifically, we ask that you:

Thank you for your time and consideration.

[1] Founded in 2013, 350 Seattle is a grassroots group working for climate justice by organizing people to make deep system change: resisting fossil fuels; building momentum for healthy alternatives; and fostering resilient, just, and welcoming communities. We have a mailing list of over 13,000 people, the great majority in the Seattle metropolitan area. We’ve been a key leader in successful fights like the #ShellNo campaign against Arctic drilling, the campaign to defeat the (proposed) world’s largest oil-by-rail terminal in Vancouver, and the campaign against the Anacortes Shell oil-by-rail spur.

[4] “GHG Emissions in King County – a 2017 update,” pp. 10 and 29, available at https://your.kingcounty.gov/dnrp/climate/documents/201907-KingCounty-GHG-Emissions-Analysis.pdf. This inventory only reflects 10% of actual emissions resulting from fuel used at Sea-Tac and King County International Airport.

[5] The Study’s Scope of Work pays lip service to climate concerns, making it internally inconsistent since its entire premise is laying the groundwork for doubling aviation emissions. p. 6 (stating that the Study “will consider the principles of sustainable transportation that includes… reducing carbon and other emissions”).

[8] 70% of SeaTac landings and 30% of SeaTac take-offs travel directly over Beacon Hill. Beacon Hill also experiences heavy air traffic from King County International Airport and the noise and pollution impacts of all of this air travel on Beacon Hill are demonstrably high, even compared to the communities considered directly adjacent to Sea-Tac.

[9] In King County, the Beacon Hill population is in the top 25% for poverty, infant mortality, deaths due to diabetes and stroke, and adults without health insurance. About 25% of Beacon Hill residents older lack a high school diploma. About 80% consider themselves non-white. More than 30 languages other than English are spoken at home, and of those who do not speak English at home, less than half report being able to speak English “very well.” See https://beaconhillseattlenoise.org/about.

[10] A study of six million older people and 89 airports in the US, including Seattle-Tacoma International Airport and Seattle’s King County International Airport, linked aircraft noise with cardiovascular disease and increased hospital admissions. In a study of 46 US airports and surrounding schools, including five Beacon Hill schools, statistically significant associations were established between airport noise and lower reading and math scores as compared to non-impacted schools. Additional studies underway may show that exposure to aircraft noise may also be linked to negative metabolic outcomes and lead to depression. See https://beaconhillseattlenoise.org/noise-health-effects.

[12] Although I have been corresponding with staff about the study and voicing concern regarding public involvement, I was not made aware of this meeting nor the opportunity to submit comments.

[13] Staff has only stated that community leader briefings entailed “conversations with member jurisdictions, discussions at PSRC board meetings, and with others….” We’ve also requested that Beacon Hill be considered among the “core” audience for purposes of the Public Involvement Plan; that request was denied.