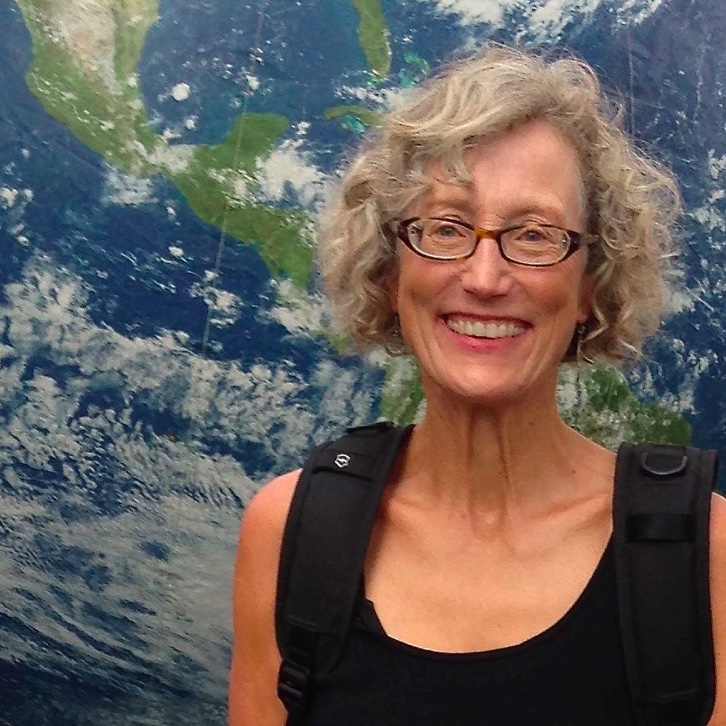 “I was such an animal lover,” Selden remembers, “I saved my allowance to send money to save elephants …I wanted to go to Africa and live with Jane Goodall.”

Unfortunately, work with animals required chemistry and physics, which didn’t fit Selden well, so she took an ecology course. That led to a degree in environmental law and a stint at the EPA during the Reagan administration. When those budgets got cut, she worked with a farmworkers group, witnessing their overexposure to pesticides. She raised kids.

Her work with 350 is different than most. It’s more abstract and policy- oriented; its climate action is mostly directed at legislators. For example, the workgroup led 350 Seattle opposition to the Trans-Pacific Partnership (TPP), because its climate-related policies would have allowed international companies to avoid compliance with United States standards. Workgroup member made presentations and placed phone calls.

Not that they avoid the streets. They hoisted a TPP “death star” in a street demonstration before invading a congressional office. For the Peoples’ Climate March in 2015, they activated a Monopoly character to dramatize the climate threats of TPP and the North American Free Trade Agreement (NAFTA).

They’re also exploratory. Currently the workgroup is evaluating Modern Monetary Theory (MMT) as a means of financing a green economy. How would this work? Rather than building from an assumption that government deficit is disastrous, MMT says that since the government is the sole producer of money, it can produce what’s needed. As the supply reaches the consumer, he or she will spend more and the economy will continue to grow. In other words, deficit spending could finance a green economy. (Unsurprisingly, the American Legislative Exchange Council (ALEC), a right wing alliance of legislators, is pushing for a constitutional amendment requiring a balanced budget; a standard which could stop the country’s investment in green infrastructure.)

The workgroup isn’t for everybody, she says. It’s for people who are academically oriented, who are interested in policy issues, and who believe we can make change legislatively.

“I feel like the things I’m doing could make a huge difference. If we could get congress to build a green economy” the impact would be “dramatic.”