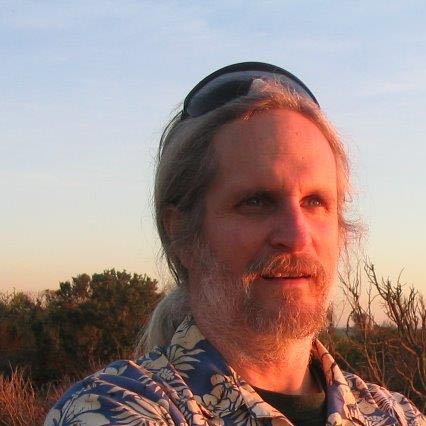 Scott McClay, Keep It in the Ground (KITTG) and Divestment Workgroup. Leadership Team

It wasn’t always so. A lifetime activist, he’d been focused heavily on militarism.  His first training for direct action was in 1983 against the “White Trains” which carried nuclear warheads from assembly plants in Texas to the Bangor Naval Base.

His conversion to climate as a focus was gradual. By 2007, he was clearly aware of the issue and later began going to 350 Seattle demonstrations. In 2015, at “Shell No,” he stepped up to climate direction action. In 2018, after an emotional epiphany at Michael Foster’s trial, he threw himself into the work.  “The impact of Michael’s video testimony and the Reluctant Radical film combined to bring the crisis and the need to take immediate action home – there’s no time to lose.”

Since then, his most consistent focus has been in supporting direct action, including the #NoLNG campaign and the multi-year bank actions to protest the investment by banks in fossil fuels. At first, there were actions at bank branches, but strategy shifted. “The bank tellers don’t make the decisions,” Scott explained, ”the executives do. So organizers moved the protest to headquarters where the executives could be made “uncomfortable.”

In December 2018, he was part of a large group who extended a black plastic “pipeline” and “oil spill” in the lobby of Chase Bank’s Regional Headquarter and hung a huge banner calling for the attention of Phyllis Campbell, head of JP Morgan Chase’s NW operations, to the issue.

“Direct action has been a part of every social change movement. There have to be people to push the boundaries, risk arrest to increase the tension around the issue, and build pressure to force change.”

As a member of the Leadership Team since 2018, he think about ways to create a campaign to reduce current fossil fuel use. “We have coal trains going through Seattle every day. We have to stop this!”

Will his and other actions save civilization? “My genetic tendency is to veer to the land of hope. As Cornell West says, ‘There’s no reason to be an optimist, but I’m a prisoner of hope.’”

Is his hope utterly fantastical? “As the climate impacts are happening – getting worse; as they increase in number, as the scientists’ statements get stronger and our movement continues to grow, we may be getting closer to the tipping point.

“We may reach critical mass.”