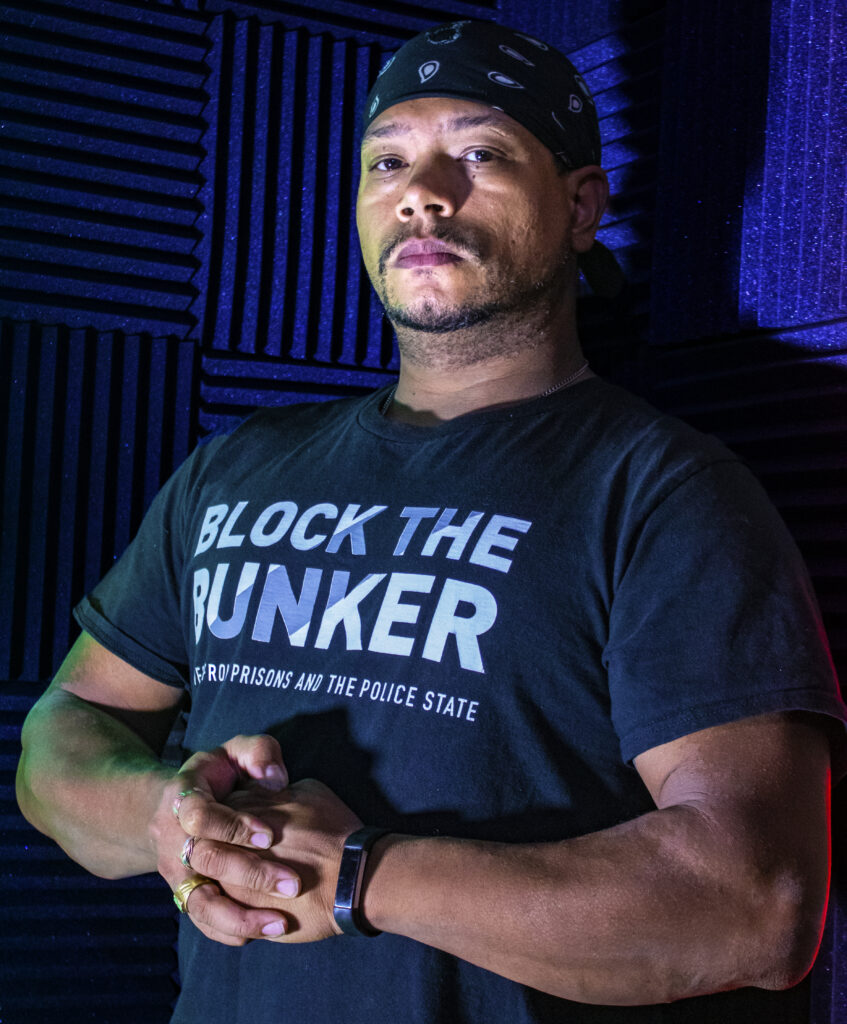 Renaissance has been with 350 Seattle since February 2021 and as a staff member supports our Aviation, Maritime Solutions, Pledge of Resistance (Agents of Change), Tacoma LNG Resistance campaigns, as well as, partnering with House Our Neighbors (HON), Power Past Fracked Gas (PPFG), and Whose Streets Our Streets (WSOS), and is part of both the BIPOC and Anti-Patriachy caucuses at 350 Seattle.

Renaissance is a descendant of enslaved African Peoples brought to these lands during the first diaspora, of the Cherokee People, and Irish immigrants / colonizers who migrated to the ancestral and occupied lands of  Pokanoket, Wampanoag, and Massa-adchu-es-et Peoples during the 1830s. He was raised, lives and organizes on the occupied ancestral lands of Duwamish, Suquamish, Snohomish, Tulalip, Muckleshoot, Puyallup, and Coast Salish Peoples.

Renaissance, among many things, is a hip-hop and spoken word artist, as well as, an intersectional organizer and activist who has been engaged in the struggle for Black and Brown Liberation in the Black Lives Matter movement since 2014. He has also worked with many community members to address gentrification, food sovereignty, land rights and Indigenous Sovereignty, climate change, US imperialism, draconian immigration policies and practices, inequity in education, unfair labor practices, rape culture, gender oppression, mass incarceration and much more.

Renaissance believes that police brutality, the Prison Industrial Complex, the Military Industrial Complex, climate change, immigration, racism, institutional discrimination, discrimination based on ‘gender’ and patriarchy all intersect into a system of oppression within capitalism that marginalizes and suppresses people, but particularly Black, Indigenous and People of Color (BIPOC), worldwide.

Renaissance is a graduate of the University of Washington who double-majored in history and philosophy and who focused on the rise and fall of civilizations, social justice movements, ethics, justice and humxn rights, but his real education is ongoing and much less formal. His informal education, which is primarily community based, ranges from organizing, direct action strategies and tactics, security culture, peacemaking circles, restorative justice, conflict resolution, anti-racism and anti-oppression, community resilience and more.

As a formerly-incarcerated Black person who grew up in poverty, Renaissance understands the importance of centering the leadership of those who are directly impacted by systems of oppression. He believes that those who are closest to the problem are also closest to the solution. Furthermore, uplifting and trusting the lived experiences of oppressed people is vital to our collective liberation and community well-being.

These are the experiences, values, understanding and direction that Renaissance is continuing to develop with 350 Seattle.