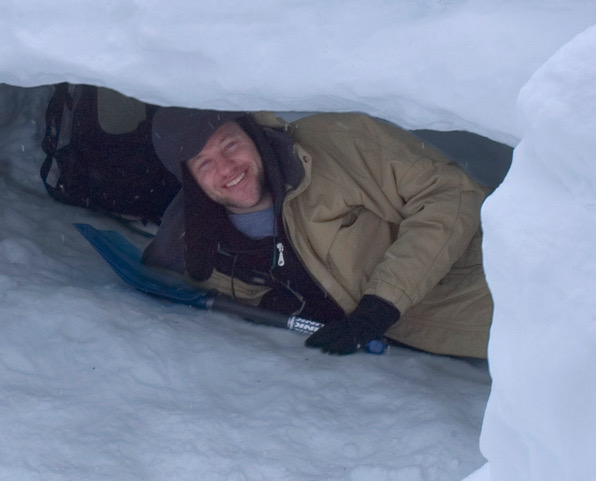 Five years ago, Neal Anderson was not in the climate movement. Aware of the issue, yes, but not enough to know what to do about it. He was working as a computer engineer, taking nature photographs and, prompted by the loss of his wife, deeply reassessing his values.

These three lines of his life converged when he realized that humanity was on a collision course and that everything needed to change. The implications for the natural world made it personal; all of it was at risk from what we were doing. Finally, as he realized that action had to be taken forcefully and immediately, he felt meaning seep into his life.

Still, his first climate step was cautious. He shifted jobs, taking a new one at an environmentally relevant job with a company that produced energy efficient HVAC. But it didn’t satisfy. The product was developed and, fine as it might be, the focus of the business was on selling. That’s when he found activism.

“I went from doing nothing to doing everything.”

He volunteered with the Sierra Club, supporting their efforts to resist the pipeline going through the state. He quickly saw how Washington State has outsize influence as a blockade – a “Thin Green Line” – against fossil fuels running through its pipelines and along its rail lines for transport to Asia.

Finding himself attracted to 350’s public activism, he escalated his volunteerism. He went out on the streets in bank actions, fought for clean electricity, and protested against the transport of liquid natural gas and methane. He found “amazing people doing great work.”

To achieve the kind of change demanded by scientists, however, he knew more was needed. “The way we ultimately win is by getting more people into action.” So he speaks to small groups, educating them about, among other things, the profound hazards of liquid natural gas, the so-called “transition fuel.”

Slowly invading his more than full-time volunteerism, he confesses, is a yearning to get back to photography. “I love being out in the wild, it reminds me why I do all of this.”