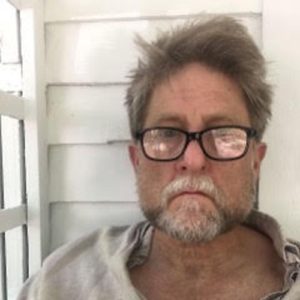 Once he’d dropped out of high school and high-end construction work–that is, once he’d gotten those false leads out of the way–Matthew shifted (dramatically) to the South Bronx, where he helped devise and run a Banana Kelly program that combined job skills training for at-risk youths with reclamation of abandoned buildings.

“An amazingly invigorating life,” is what’s followed, one defined for the most part by his work in the arena between human services and construction, and one characterized by a deep fondness for human variety. For example: Teaching vocational classes to “a mix of immigrants, out of work rural people, and ex-prisoners” at the Atlantic Street Center in Seattle, he said, was a “total blast.”

So his first engagement with 350 Seattle–the ShellNo campaign–fit him. ”I totally loved the social show that was Shell. Such an amazing combination of people, types and strategies. Moments of utter hilarity.”

But, in spite of the chaos, when Shell ultimately cut off their plans to drill in the Arctic, they referred to the fact that public pressure had made a difference in their decision. It seemed possible “that we had a real effect.That it’s not a lost cause.”

After ShellNo he began “falling out” of his career and into climate change work, a passion that had begun with Hurricane Katrina. He’d watched the emergence of the ”strange looking extra-terrestrial storm swirl” and the failure of the Army Corps of Engineers to cope with its consequences. It was a “perfect very graphic connection between climate change and our fractured society of haves and have nots and what that meant for people’s survival.”

Learning about the Keystone XL Pipeline and oil extraction from Canadian tar-sands, he saw the same type of horror developing in slow-motion, with no reasonable justification other than massive profits for a small handful of corrupt corporatists. Matthew dashed to the 2011 anti-pipeline protest in Washington DC that resulted in the arrest of over a 1000 activists–and eventual cancelation of the project, late in Obama’s final term.

Connecting with Carlo Voli at 350 Seattle, he went on to Keep It In the Ground and Defund #DAPL, where he connected with Native American activists, and then to the field work for the Wells Fargo protest. Today, “he’s bouncing around, plugging myself in where I feel I can help.”

“There’s a role for everyone who cares about the planet. Anybody can do anything in this movement.” he says of his activism with 350Seattle. It takes “common sense but not too much”; he recalls finding himself embedded inside the logistics team during a large action at Port of Seattle without “any clear sense of what we were up to. We were accompanied by a more seasoned activist-advisor, although he too seemed to be making it up as we went along…”

Never mind. 350 Seattle is a “wonderfully supportive community and a great place to find and develop your inner-activist”.