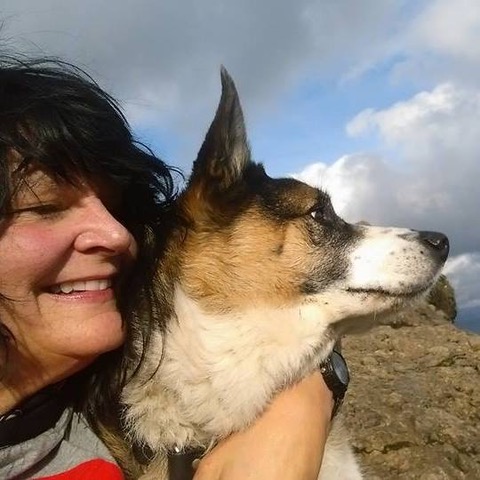 “I am my parent’s daughter,” she says. From her mother, who suffered from cancer, she took a fierce refusal to be victimized. From her father, who had been an WWII intelligence officer behind the lines, and who could frame and roof and wire and plumb and fix cars and swim beautifully, she took a love of life.

The three lived for the woods: weekend excursions to the Green River Gorge, hikes on Tiger Mountain, and countless forays in search of wild blackberries. Today, in fact, her home is the little A-frame cabin that her parents built “as a base of operations for blackberry hunting.”

She’s been an activist since she was 16: environmental issues, anti-war and patriot act protests, immigrant rights – all these actions compelled her.

Meanwhile her environmental/climate path was being cut. In 1994, she read  Bill McKibben’s Hope, Human and Wild, which, sadly, failed to give her hope. Then she heard McKibben at Elliot Bay Bookstore, learned about the creation of 350.org, and tapped in.

Then came Shell No. She received training as a kayakvist, and then trained others. Finally, deploying at four in the morning in protest against Shell’s proposed arctic drilling, a flotilla of kayaks “clustered around native canoes” and surrounded the oil rig parked in Elliot Bay.

“We couldn’t stop it. As it left, I was just a bucket of tears that we failed the global south and the Inuit people. But we made Shell so toxic that they finally gave up plans for arctic drilling” and because of activist pressure, President Obama closed it down altogether.

“Shell No had such capability: legal training for protestors, jail support. I was ready to get arrested” as a signal of “moral urgency.”

Since then, it’s been a trail of protests. She helped lead a “luminary flotilla” of kayaks for Break Free’s stand in Anacortes; went to witness the Standing Rock encampment and most recently lead a gang of yellow-suited (as if for protection from toxic fossil-fuel assets) protestors into the lobby of a Wells Fargo Bank in downtown Seattle. “This was a group of people of all ages and diverse backgrounds willing to risk arrest.”

She brims with energy. Black Lives matter, Standing Rock, climate change — all are resisting the “same power structure that puts profit over people and the planet,” she says, calling for building a broad coalition – not just urban organizers but farmers, indigenous peoples, and more.

“Don’t be afraid to put your body on the line. Take it to the streets.” And like her mother,  “Never give up.”