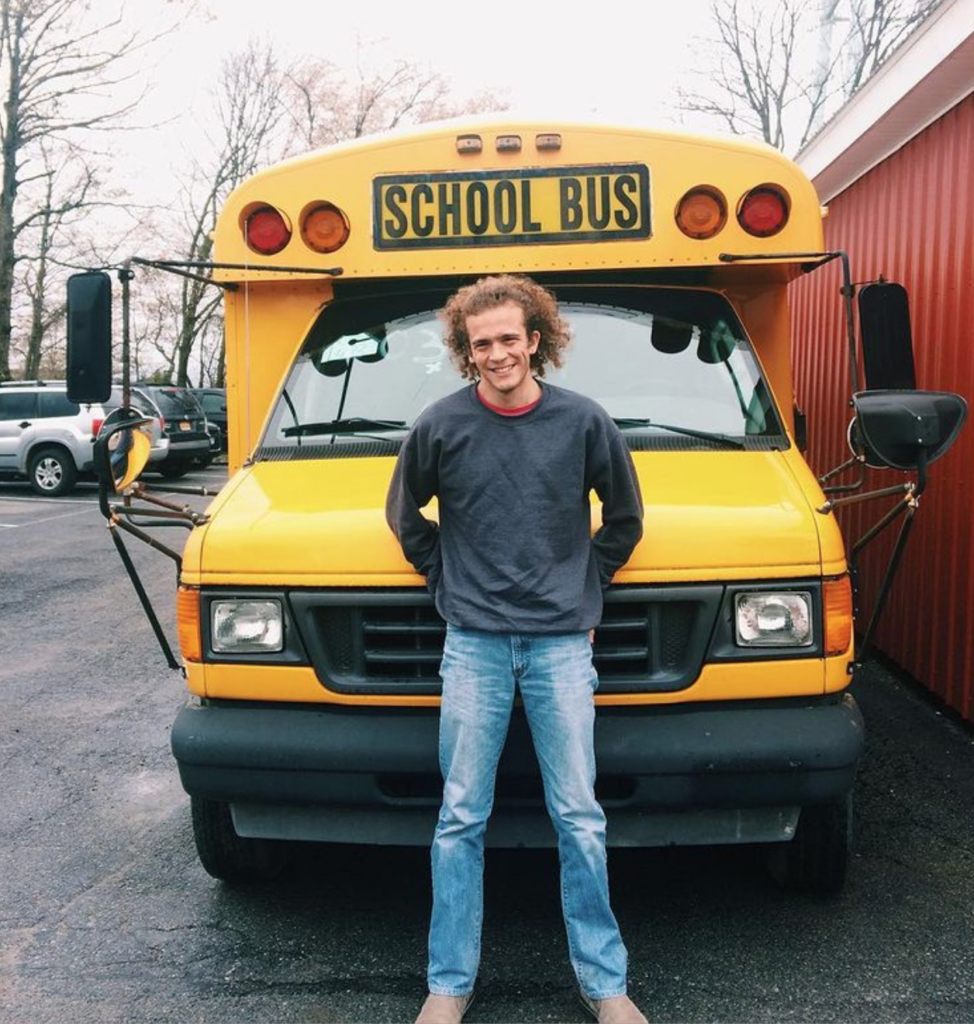 Lucas came to activism after Hurricane Sandy devastated New York City during his freshman year of college. He moved to Seattle in the bus (pictured) to start graduate school, where he studies the physics of climate change, droughts, heat waves.