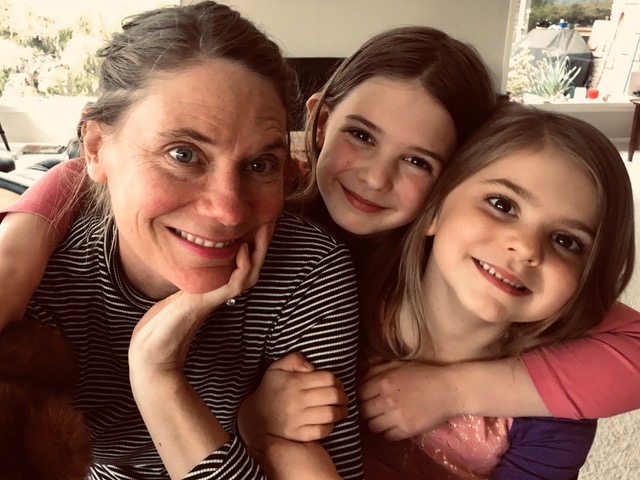 Her kids were three and six when Katherine read a New York Times article on the International Panel on Climate Change (IPCC) report. “All I could think about was the report. It was so dire. I remember they [the children] were in the back seat singing and I was weeping while I was taking them to school. I had been working so hard raising good humans and this was out of my control.”

Three months later, she was working the 2019 legislative session. Guided by Selden Prentice and David Perk of 350 Seattle’s Civic Action Team (CAT), she called state legislators and advocated for pro-climate policies. In the 2020 session, she moved up to a co-lead position and now, looking toward 2021, she’s working with an ever-growing team of volunteers from all over the state. This 350 WA network, more diverse in its political orientation than the Seattle organization, includes people from East of the mountains whose communities tend toward the conservative.

Between sessions, Katherine threw herself into getting business endorsements for the Green New Deal, organizing phone banks for the presidential election, and working on films. She finished producing and editing Yehow (which means “to push forward together-It can only be completed together” in the Lushootseed language of the Snohomish people). This short documentary, co-directed by Sara Holzknecht from 350 Eastside and Pamela Bond of the Snohomish Tribe, “tells the story of two women coming together to fight a pipeline expansion project in South Snohomish county, uncovering major climate and environmental impacts along the way.”

Pamela “speaks about salmon and how crucial they are for her; the decisions that gas companies are making and how she’s witnessing the impact over her lifetime – health of water, health of salmon, places that she loves about the land. She’s seeing the direct impact of climate change.”

“When we harm the environment,” Pamela said, “we are harming ourselves. We are family.”  It is just as Katherine had realized when driving those singing children to school.

These days, she’s making phone calls to save the earth.