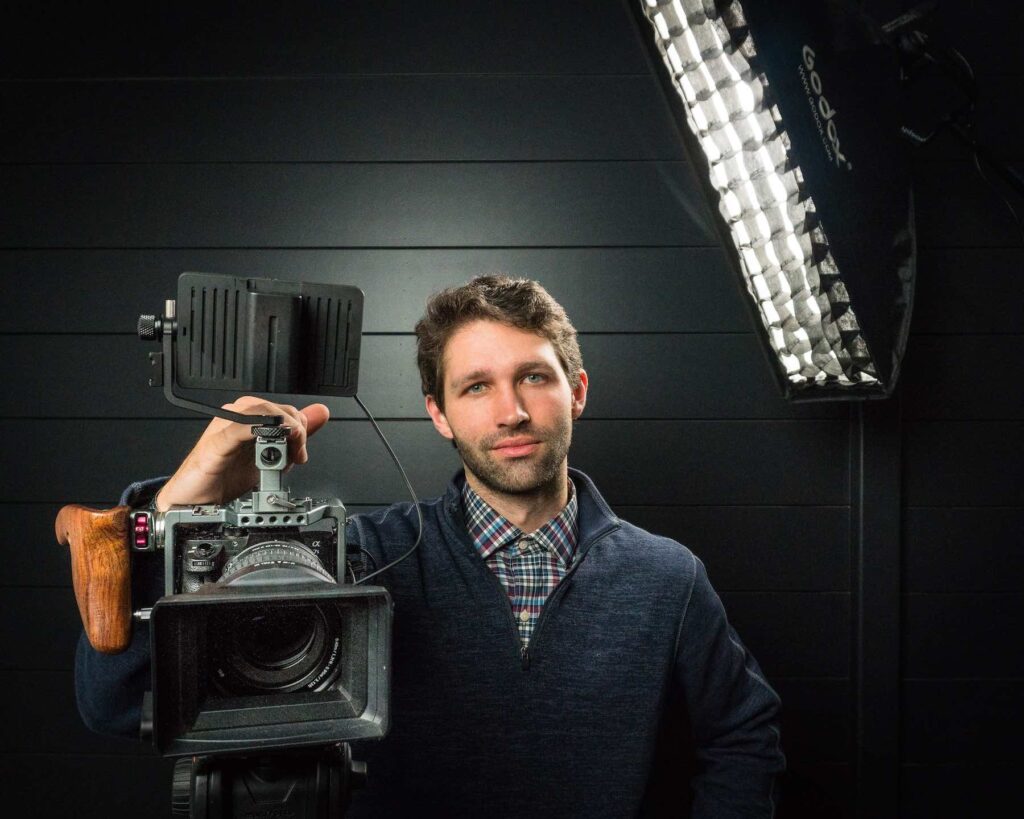 Fresh out of Fairhaven College at Western Washington University, Austin brought skills as a videographer, knowledge of environmental issues and activist experience directly to 350 Seattle.

It was a natural progression. From birth, his parents instilled him with a sense of place and connection to the Salish Sea. Given that his mother is a marine biologist and his father an avid hiker, spending time in the outdoors was an essential part of his childhood.

While at WWU, he discovered his passion for the environment and incorporated it into his studies. It was Standing Rock that truly galvanized him. When a few students came back from Oceti Sakowin with ideas for creating their own climate organization, he was right with them. The organization, Students for the Salish Sea, grew quickly. Within one year the group grew from just a few students in Bellingham to a coalition of student groups on both sides of the US border with Canada. In 2017, they won a grant to conduct educational events, do some political advocacy with local politicians and raise money in support of the Lummi nation and Standing Rock.

When he arrived at 350 and innocently revealed that he was a videographer, he was received with more than the usual warmth and welcome and immediately put to work filming actions. It was challenging: Moving clusters of activists; surprise installations; speakers proclaiming out of camera site. He learned to join in the planning of events, learn its goals, its schedules and the placement of its key events.
By February 2020 he was the thick of it. In addition to recruiting and coordinating a handful of media people, he helped out at the Artful Activism preparations – painting the near street-long banners for a 2nd avenue display supporting the Shut Down Chase action. As of November 2020, he is now also one of the core team leads for Sunrise Movement’s national video network and helps train young climate activists and filmmakers across the country.
He speaks to young people like himself. “Given what we’re seeing with wildfires and smoke, there’s lots of grief and anxiety…but it’s not enough to just talk about how bad things are. Get involved in whatever capacity. An hour a week to full time. Contribute what you can. I promise you, you’ll feel better.”