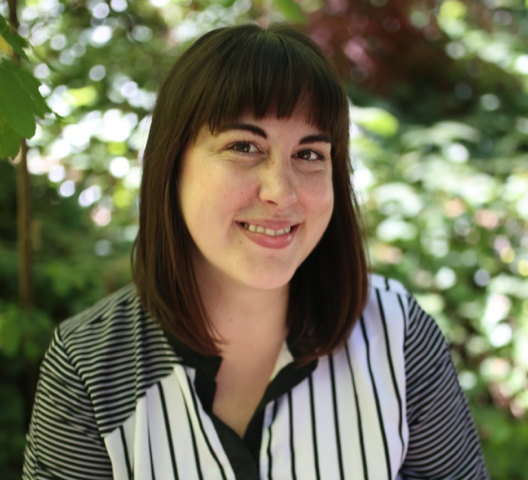 Amanda, a writer and editor, is steeped in the language of sustainability. Organic gardening, natural health, green building, and renewable energy are of a piece at Mother Earth News, one of the magazines she helps produce (among others). This editorial work combines two of her lifelong passions, language and nature, and has afforded her a thorough environmental education, connecting her with knowledgeable mentors and enabling her to work with the words of authors who write about food, farming, and community. Through this position, she’s studied social justice, herbal healing, energy efficiency, and waste reduction, all of which have influenced her personal actions and beliefs.

In 2014, Keystone XL was set to cut through Nebraska, about 10 miles from where her family was living. Having written about the pipeline, she knew what was at stake, and so she joined a day-long action hosted by Bold Nebraska, a group of activists and landowners who were constructing a solar-powered barn in the proposed pathway of the pipeline. She loved the sense of community that underscored this action, which included people from various backgrounds and ideologies who were brought together by their certainty that an oil pipeline through the state would harm its land and water. “It was great to be part of something so substantial, with many different kinds of people coming together to build the barn,” she says.

When she made her way to the Pacific Northwest a year later, she sought a similar community with similar convictions, and eventually joined 350 Seattle — not long before it embarked on Seattle for a Green New Deal. Amanda is energized by this new campaign and its values, including its commitment to addressing environmental and social injustices. She’s inspired by the diverse talents bringing it into being and ramping up the conversation around climate justice and civic participation.

As an editor, Amanda’s job is to bring information to readers in an effective, accessible way. Now, at 350 Seattle, where the language of climate change can be disheartening and the audience dispersed, her experience with storytelling and community-building is expanding the breadth and depth of the movement.