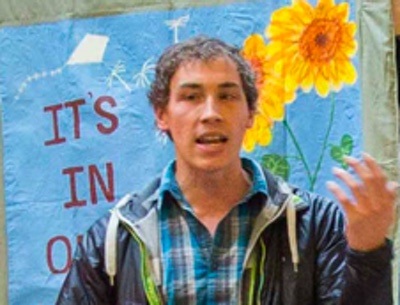 Alec grew up in a small village in south-central Scotland. He spent most of his twenties dondering around the world not very sure what to do with himself. He moved to Duwamish and Coast Salish territory in late 2014, and immediately got involved with 350 Seattle. He spent much of 2015 working on his first campaign, Gates Divest—flyering outside of the Gates Foundation, paddling kayaks to the shores of the Gates’ mansion, and annoying the Gates Foundation security guards with a variety of songs and dances about their fossil fuel investments. By sheer coincidence, they sold the majority of their fossil fuel stocks later that year. Since then he has been all-in with the 350 Seattle community. When he is not working on activism, Alec likes to run, hike, ride his bike, read, and write. His first novel, The Activist, was published in 2016 and was BBC Wildlife’s Book of the Month. He lives with his family, including a very small and cute puppy, in north Seattle.