The climate action group 350 Seattle has hired longtime labor leader and outgoing Executive Secretary-Treasurer of MLK County Labor Council Nicole Grant as its new Executive Director. After leading the Labor Council for more than six years, Grant chose not to run for a third term.

Under her leadership, MLK Labor gained national attention as one of the most progressive workers’ rights groups in the United States, and in the 2020 uprising for Black lives it was the only labor council in the country to successfully remove police from its ranks. Throughout her tenure, Grant forged broad community alliances and led a transition that strengthened Seattle labor’s commitments to racial and climate justice. 350 Seattle became a key ally through shared struggles for transformation around transportation, housing, and Amazon Employees for Climate Justice.

Grant brings these lenses into her new role at 350 Seattle, an 8 year-old grassroots group that has grown rapidly and led or supported many critical battles for climate justice. As a 20-year journeyman electrician with IBEW 46, she draws a close connection between investing in climate-conscious infrastructure and the city and regional changes necessary for sustained racial and economic justice.

“A Green New Deal means not only winning millions of union jobs modernizing our electric infrastructure but also challenging the control that private interests have over our public environment.” Grant explains “We’ve been learning the hard way in Seattle. We’re breathing the toxic air of wildfires and Amazon’s delivery trucks. Prisons and police are funded over housing, transportation, schools, and mental health resources. But times are changing. People are demanding deep, systemic change that elevates our natural world, our relationships with one another, and our humanity.”

“We couldn’t be more excited to have Nicole’s leadership,” says 350 Seattle’s co-founder and Communications Director Emily Johnston. “The combined power of the climate, labor, and racial justice movements is essential to this historical moment. Having Nicole at the helm will supercharge our fight for Green New Deal policies that put Seattle at the forefront of climate justice.” 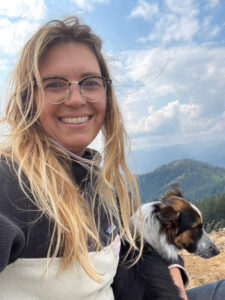