Let’s Hold on to Cleaner Air

There’s been a lot of talk of late about the cleaner air we are seeing around the globe. In India the stars are back, while smog no longer mars views of the Taj Mahal.  And who knew that you could see mountains behind downtown Los Angeles? In fact, NASA records show that March 2020 had the lowest monthly atmospheric nitrogen dioxide levels of any March since 2005, when such data were first recorded. 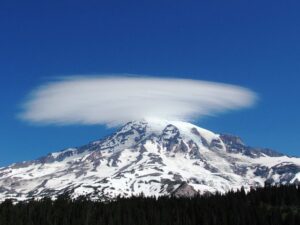 Of course none of us would choose a pandemic (that has already killed over 336,000 people worldwide) as a means of reducing traffic or getting cleaner air. And the reality is that this reduction in pollution doesn’t put us on the road to cleaner air, let alone solve climate change. According to a report by the International Energy Agency, emissions are likely to rise again once countries relax restrictions and seek to recharge their economies—and greenhouse gas emissions haven’t actually fallen much at all.

However, as atmospheric scientist Katharine Hayhoe points out, the virus creates an opening to ask, “will we use our response to the pandemic as an opportunity to innovate for the future, or to increase our grip on the past?”  The activists pushing for the People’s Bailout  and the Green New Deal are already looking to the future and demanding innovative and bold policy shifts that address the needs of workers, communities, and our planet, and shift us away from a fossil fuel economy. Only time will tell whether Congress will respond to such demands.

In the meantime, here in Puget Sound, we can work locally to cut our transportation emissions, reduce city traffic, minimize aviation, and hold onto this cleaner air. Cleaner air is particularly important given that pollution is  linked to increased risk of death from Covid 19, and to increased risk of developing asthma, or worsening existing asthma.Already, the trend toward working from home that we’ve seen among Microsoft, Amazon, and Zillow workers has contributed significantly to our cleaner air, and if this trend were to continue, it would be a step towards a healthier planet. So how can we continue this trend and make it permanent?

To some degree the trend may become permanent on its own. A recent survey by the Gartner research firm indicates that 74% of the corporate respondents said they would permanently shift some employees to remote work.  This is promising, but the government needs to ensure that these intentions don’t disappear once a vaccine is available. Both our state and cities should consider tax incentives that would encourage businesses to offer stay-at-home work options.

We can also encourage people to bike and walk when they do have to go to an office, by enlarging the Stay Healthy Streets campaign in Seattle, which has closed roughly 20 miles of streets to non-essential traffic, and recently announced that those closures will be permanent. Other cities in our region might look also to  Milan, Italy where 22 miles of streets will be permanently closed, and to Amsterdam, where planners are creating a vision for the city’s future based on meeting the needs of its citizens as well as the planet. France, meanwhile, is subsidizing bicycle repairs.

We can have a healthier planet and community on the other side of this crisis. We can take steps to make this happen by: asking our city governments to open up more streets to pedestrians and cyclists, and to make those changes permanent; asking our state legislators to pass laws that create incentives for work-at-home policies; and calling our own employers for whom work-at-home is feasible, to ask for work-at-home options. Let’s not go back to our bad old habits of tolerating traffic and polluted air.