The story of our species is interwoven with that of trees. Along with the oceans, trees and their chlorophyll-endowed relatives allow us to live on this planet. We each breathe in what the other breathes out. We also burn trees for warmth and fuel, use them to build shelter and tools, and eat their nuts and fruits. It’s no surprise, then, that we form intense bonds with trees, bonds that have the potential to heal us, inspire us, and lead us to conflict. 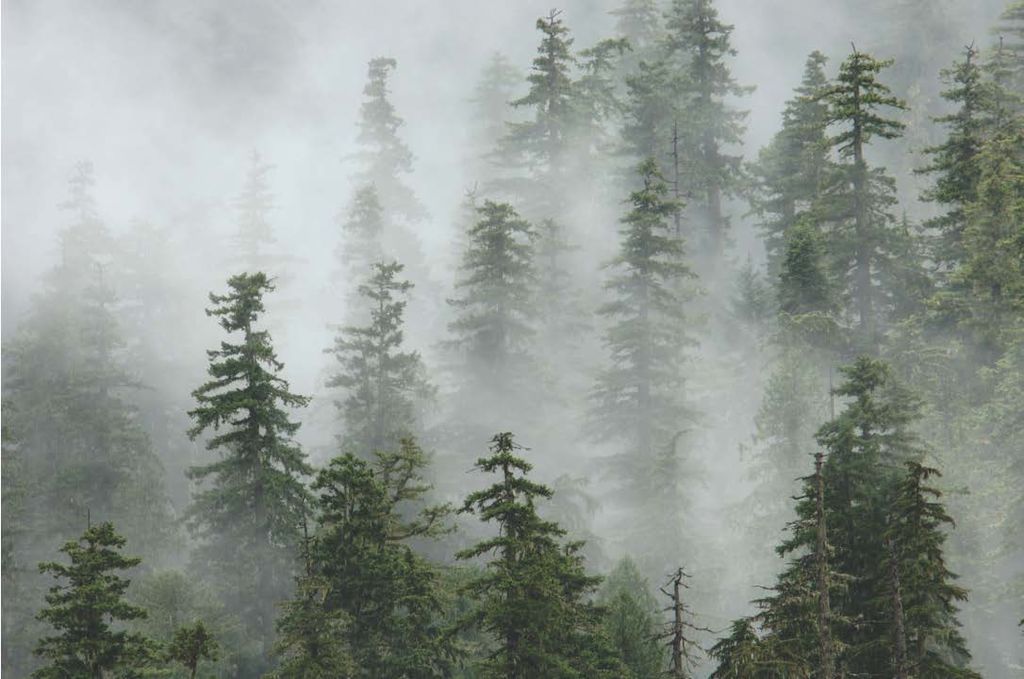 The now common term “tree hugger,” comes to mind. Today, this phrase refers to someone with environmental interests, perhaps mixed in with a little salt or sugar from the user. But the term has its roots in a group of people expressing fierce and deep bonds with trees. In 1730, approximately 350 Bishnois Hindus lost their lives while physically “hugging” their villages’ trees, protecting them from being harvested to build a royal palace. Too late to spare the villagers, but recognizing the injustice of the conflict, a royal decree subsequently outlawed tree harvest in Bishnoi villages.

I write this in the wonderful but fast-changing Pacific Northwest. This (stolen) land was and still is the scene of another series of tree-centered conflicts, known colloquially as the “timber wars.” One action in particular paints a demonstrative picture.

In the dark of Easter morning, 1989, about a dozen loggers drove up snow-covered roads to the site of the “Roaring Devil” timber sale. This harvest would involve felling giant, centuries-old trees, whose beauty had inspired an intense and ongoing legal challenge. A judge was going to hear the case the following Tuesday … so the company’s plan was to cut the trees that day, before the hearing, since no mortal judge could order trees to be uncut.

But loggers weren’t the only ones up early. Several dozen protestors had staked out the entrance to the harvest site and were blocking the road. Inspired by their love for the old growth, the protestors had worked throughout the weekend to build a physical blockade with logs and rocks. Not prepared for such resistance, the loggers went home. But the next day the Forest Service arrived with a front-end loader.

As the makeshift blockade crumbled, the protestors ran ahead. One man stopped in the middle of the road and started piling rocks around his feet, calling for others to help him bury his own body to stop the machine. That bought the forest defenders another day.

The next day saw the return of the loggers, and the machines, but also the loggers’ families. In response to the signs pleading for the protection of old growth, the new arrivals carried signs entreating “save our loggers.” This false dichotomy, loggers vs. environmentalists, trees vs. jobs, took over as the narrative of the timber wars. Even after the judge gave the thumbs up to the Roaring Devil sale, controversy erupted when sale after sale was challenged in court.

Loggers started losing their jobs, and thus their ability to support their families. They were tied to an extractive industry with a fantasy of endless harvest that had nothing in common with the reality of how forests work. The industry (along with government agencies) turned against the workers, too, with increasing automation that reduced costs, but also drastically cut the number of workers that timber companies needed. Hardly any workers who had been laid off were given severance, and even fewer received training to enter another field. Those that did were taught how to perform jobs that often couldn’t be found anywhere near home. Rural communities were in crisis.

40 years later, these timber wars haven’t really ended. In fact, the stakes have gotten higher,  as science has confirmed what indigenous communities and environmentalists have long felt: old-growth forests are sacred places, priceless bastions of ecological diversity which play a vital role in both mitigating and preventing the worst of the climate crisis.

But we still aren’t treating forests right. Treating trees as crops isn’t working. Clear-cutting masquerading as “thinning” isn’t working. Yet these practices continue because those who stand to gain from cutting trees hold significant power to influence decision-makers and fund the public narrative (wildfire prevention, anyone?). Powerful lobbying organizations, advocating for “working” forests (as if providing air to breathe and a livable climate isn’t “work”), are seeded with the biggest timber harvesters in the region (compare the membership of the Washington Forest Protection Association with a list of the state’s largest forest products industries, for illustration).

But regardless of money and political influence, a simple fact remains: our entire story on this planet, our past, our present, and our futures, are entwined with trees. Forests are in peril—which means that we are too. It is time we let them grow, since there is no better healer than nature itself (and that includes fire). This means a fundamental change in current forest policy. New laws must honestly reflect our best scientific understanding of forests’ vital ecological roles, and thoroughly support rural communities reliant on extractive industries. At the same time, the core motivations behind our policies must shift. We cannot address the climate crisis with numbers and theory alone. We must also remember how to respect and relate with nature, adopting indigenous knowledge that let populations live in harmony with this land since time immemorial.

It’s a big goal, and our work is cut out for us. We will need more protests, more relationship-building, and more work parties. But that means there are roles for everyone in this struggle, and if we’re ready to learn, we may find that what we learn applies to far more than trees. Our stories are interwoven with those of trees; so by learning to live in healthy relationships with forests, and to listen to the needs of nature, we may also learn how to build our own interconnected futures with each other.

Forest advocates have asked Governor Inslee to budget $80M for the preservation of carbon dense, structurally complex forests on state land; but his proposed budget allocated only $10M. Ask your state senator and both of your state representatives to restore the full $80M by commenting on the House (HB 1147) and Senate (SB 5200) versions of the the state’s Capital Budget. Let them know that this should be viewed as a down-payment on a multi-year strategy of maximizing carbon sequestration and enhancing biodiversity on state lands.