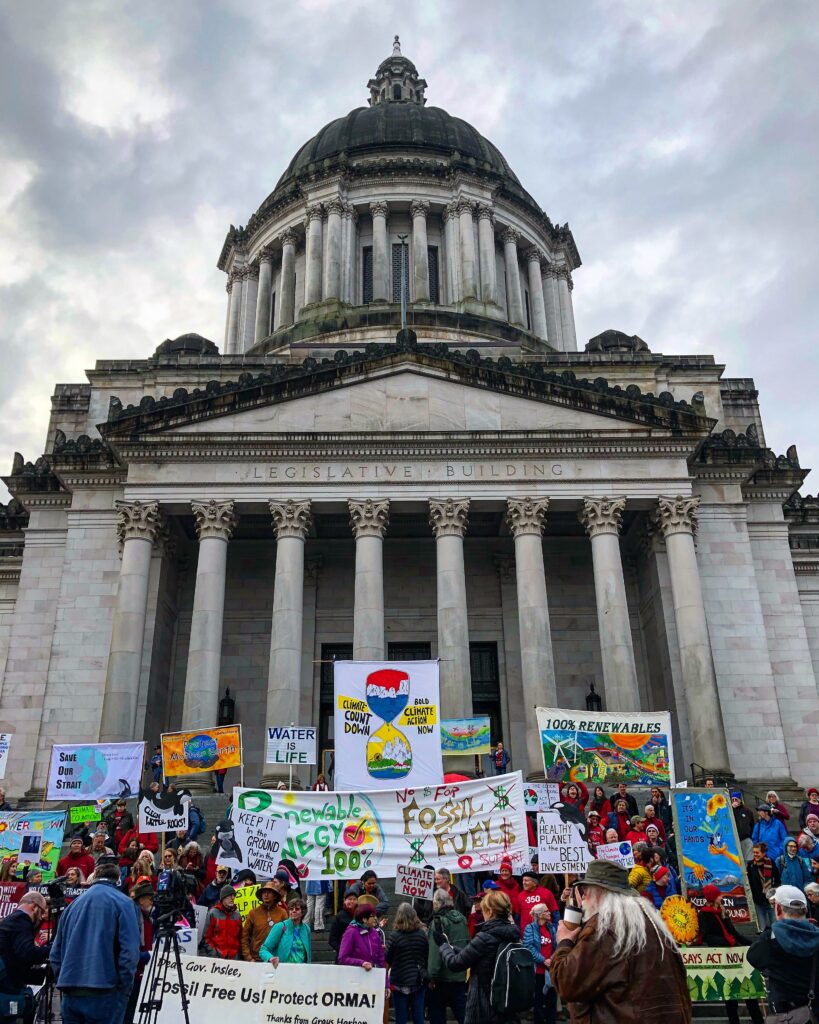 In terms of 350 Seattle’s impact on the state legislature, it was our finest year ever. Our Civic Action Team grew to nearly 1,000 members strong, and together we did this:

2,082: Climate calls made to legislators!

What’s more, despite our Seattle-centric name, our 4,213 legislator contacts were made by people from virtually every district in the state, including the eastern side of the Cascades.

In terms of climate bills that actually passed in Olympia, this year was also the most successful ever. KUOW called the session “the year of the environment.” Environmental organizations across the state have celebrated the creation of laws that will clean up our electricity and our buildings, and eradicate super pollutants. Even the hard-to-impress David Roberts spent a couple of thousand words praising our 100% electricity bill as the best in the nation.

The celebrations are easy to understand. 2019 was the first time that Washington legislators started to take the climate crisis even remotely seriously ― the last climate bill related to our electricity sector came back in 2006, and, really, not a whole lot worthy of mention has passed since then.

And so it’s understandable that we feel we’ve taken some real steps forward. Here are a few of the highlights:

Cue well-deserved pats-on-the-back all round. What a lot of success we had! Yes, several bills that we cared deeply about never made it: The Clean Fuels Standard was scuttled by the oil industry, the electrification of the public fleet never made it out of the House, and, most sadly of all, big business sandbagged the HEAL Act and stopped it passing at the last minute, setting back justice and equity in our state. But still: we passed more climate bills this year than the last ten years put together! That’s worth celebrating, right?

Well, while we hate to spoil the party, this really needs to be pointed out: in comparison to the severity and urgency of the climate crisis, the climate bills that passed this year are like bandaids on broken limbs.

the climate bills that passed this year are like bandaids on broken limbs.

Last year, the world’s foremost body of climate scientists, the Intergovernmental Panel on Climate Change, concluded that failing to curtail global warming to below 1.5°C (rather than 2°C) means an additional 1.5 billion people will be regularly impacted by extreme heat waves; hundreds of millions of people (mostly in low-income nations that have done the least to cause the climate crisis) will be pushed into extreme poverty; and 10 million people will be impacted by sea-level rise.

The IPCC is clear: to have any chance of avoiding these impacts, we must slash our global climate pollution in half by 2030. The bills passed in Olympia this year don’t even get our state  halfway to the reductions that we need.

The bills passed in Olympia this year don’t even get our state halfway to the reductions that we need.

Even if every bill on Governor Inslee’s climate package had passed ― which didn’t happen, owing to the oil industry’s attacks on the clean fuels bill ― our state would still only have been on track for 25% reductions by 2035. That’s a million miles from what the IPCC has told us is needed to prevent disaster. 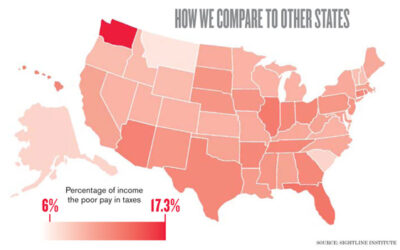 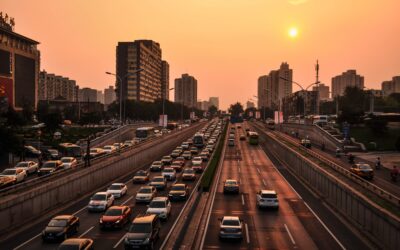